For more than 20 years, Hannibal the Magician has delivered cutting-edge entertainment to audiences around the world.

Hannibal the Magician began his career on the streets of Charlotte, North Carolina, where he performed for tips in order to pay the rent and keep food on the table. He quickly became a popular fixture in the uptown area by working in nightclubs and comedy clubs throughout the southeastern United States.

As the years passed, he shifted his skillset to serving the business world. Hannibal created original, customized programs that would simultaneously entertain and educate. Through his customized performances and growing popularity, he has traveled the world with his Unique Inspirational Theatre, carving new paths in the world of corporate entertainment.

Hannibal has been recognized by the International Brotherhood of Magicians with the People’s Choice award for Close-Up Magic, and by the Academy of Magical Arts with a nomination for Best Close-Up Magician of 2018. This veteran of street magic, comedy clubs, and banquet-style performance has successfully created custom programming for corporate clients including Boeing, Philip Morris, Coca-Cola, and many more.

He currently resides in Los Angeles, where he regularly delights and astonishes audiences in performances at the Academy of Magical Arts, Magic Castle Cabaret, clubs, and private parties. When Hannibal is not performing, he is writing for Genii magazine, his own blog, or new routines.

Storytelling, Humor and a Lifetime of Inspiration

Chris Hannibal provides customized speeches, infused with magic, humor and street savvy that took him from busking on the avenue to some of the finest resorts in the world.

From his Keynote entitled “From the Street to the Stage – Focus and Determination to Pave the Road” to numerous team building and leadership programs, Hannibal will cement your message in the minds of your audience.

Need a dynamic speaker to fill those tough spots? Want to keep the team awake after lunch? Do you need someone to infuse a little humor to the seminar, yet stay ‘on message’?

You just found him.

Stand Up Comedy Magic People Will Talk About for Weeks to Come.

Turn Your Event Into a: “WOW! Wasn’t that Fantastic?!” Occasion!

You will know that you made the correct decision to include “Hannibal, The Banquet Show” as part of your event when you hear the laughter and see all the smiles on the faces of your guests.

Versions available to fit your audience size (30 guests to 3000!) and budget.

There will be thousands of prospective customers strolling down the aisles, but unless you can stop them, and bring them into your booth area, your company will not realize the full potential of this participation. Hannibal’s unique performance style draws and holds potential customers to your booth.

Maximum Attendance in Your Exhibit

Hannibal weaves your product message in with neo-classic sleight-of-hand magic. When he concludes his presentation the audience is in a receptive frame of mind, everyone has enjoyed hearing your company message, and the ice has been broken. Your sales personnel can then choose the clients they want to approach and give specific information. Not only that, the audience will spend the rest of the day talking about your booth with everyone they meet, and bringing back even more contacts for you.

In addition to being an excellent magician, Hannibal is also an excellent representative of your company and your products.

Whether in a trade show, sales meeting, or hospitality suite you can increase sales, leads, and identity with Hannibal. 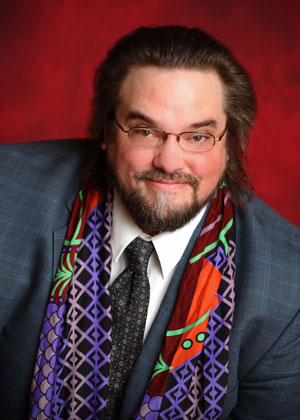